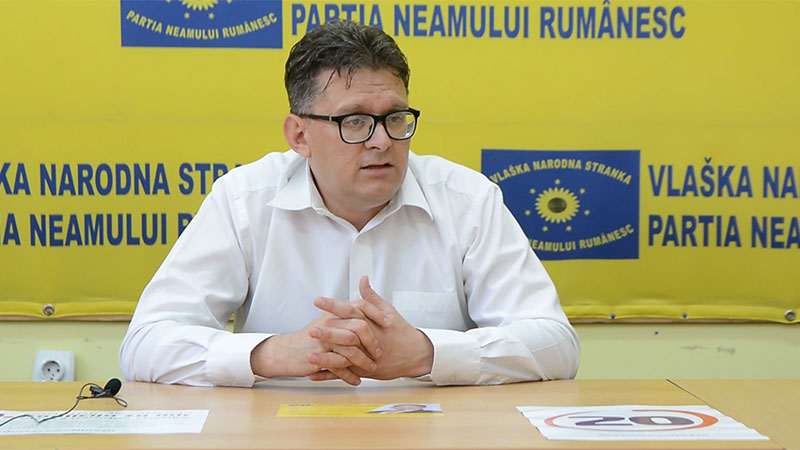 On the electoral list "Cedomir Jovanovic - Coalition for Peace" there are also six Borans, of whom the best ranked is Dr. Predrag Balasevic (1974), a doctor from Bor who is second on the list just below Cedomir Jovanovic.

It was created out of necessity that political parties and organizations which have a similar policy on issues of respect for human and minority rights, but also issues related to Serbia's path to the European Union and other important for the peoples living in this country, unite and work together to improve the lives of minorities, points out Dr. Predrag Balasevic, a candidate for MP from Bor and second on the list.

"Our primary interest was to finally the Romanian community gets its authentic representatives in the Serbian Parliament. We, unfortunately, so far, when it comes to Romanians, we never had a representative in Parliament. There were people from our community who were in the political parties of the majority people, but they never represented the interests of our community, they did not promote some ideas and values that this community stands for, but the policy of the political party that entered the Parliament of Serbia ", says for Bor 030 Dr. Predrag Balasevic, leader of the Romanian National Party - Partia neamului rumânesc.

The wish of this political party is to enter the parliament and through the engagement of its representative promote the values of the Romanian community - language, culture, tradition and everything that has not been realized so far for the implementation of the rights of this minority community. As Dr. Balasevic points out, all those rights are guaranteed by law, but on the ground it looks much different.

"We cannot preserve our language today in the form we have done for centuries, learned from our parents, grandmothers and passed it on to future generations. The language, having in mind that we do not learn it in school, has become impoverished, and from that point of view, I think that learning the mother tongue is one of the priorities. We will ask the state of Serbia to allocate more funds from the budget for preserving and nurturing the Romanian culture in eastern Serbia, we will advocate that we have worship in our mother tongue, that we have media in our language, that the state finances media projects in the language of our national minority. In order to solve all these problems, we will ask for a dialogue with the institutions of the system, because unfortunately we do not have that dialogue today with the institutions in Belgrade, nor with local institutions ", points out Dr. Balasevic.

It is not just questions related to the national and cultural identity of the what the Coalition for Peace stands for, points out the head of the Romanian National Party, but also issues related to the common problems of all communities in Bor, such as the exploitation of ores in the future mine Cukaru Peki, mining in Krivelj, Cerovo, Majdanpek, Smelter "Zidjina" and air pollution.

"It scares me that after these elections, there will not be many deputies from eastern Serbia in the Serbian parliament. We didn't have them in the previous period and I don't believe we will have them, and those who were did not have the political freedom to speak in parliament about the problems of the people in these parts. It is high time that we have a representative who can speak on our behalf without being prevented from doing so by someone in Belgrade. I think that we will not disappoint our voters and those people who will vote for this list, because by entering the parliament we will talk about the problems of people from Bor as well as from other cities and municipalities", added Balasevic.

Besides him, on the list "Cedomir Jovanovic - Coalition for Peace" on the 16th place is Boranin Miroslav Grujic (1964), a graduated mining engineer. Dragana Zivkovic Obradovic (1964), a graduated mining engineer, is on 19, Zavisa Zurz (1976), a mechanical technician from Bor is on 27, Darjan Karabasevic (1985), a university professor is on 54, and Rade Andjelic (1954), a pensioner is on 83. place of the list of candidates for deputies.

"My opinion is that the parties of national minorities should be in cooperation with the political parties that lead this country, because we have examples of Bosniaks and Hungarians who solve the problems of their communities through cooperation with the highest levels of government. I think that the Romanian community should have the best possible cooperation so that it can solve its problems more easily, if not in the coalition, but at some other levels ", says Dr. Predrag Balasevic and called on voters to vote for the list of the Coalition for Peace, which will be numbered 20 on the ballot. 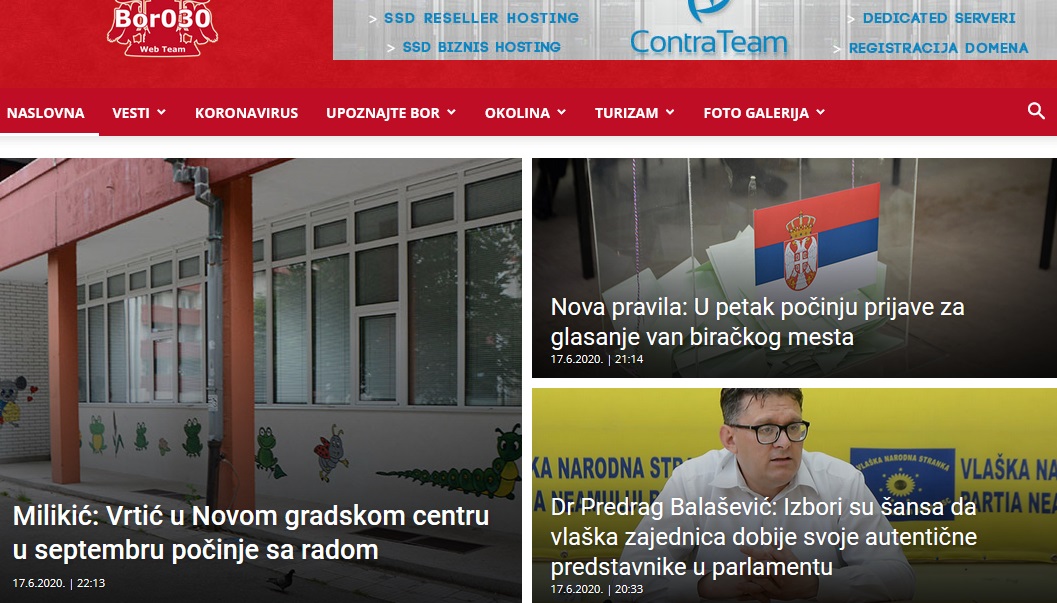